Unto the Breach, also known as LEGO Castle - Chapter 6 - Unto the Breach, is a 2013 fantasy brickfilm by Dylan Woodley.[1] It follows the Lion Knights launching an attack on the castle of the Dragon Wizard, in an effort to rescue the imprisoned king.[2] It was produced for The LEGO Group via the Tongal project "LEGO Castle Video Project", and it is the sixth and final chapter in the LEGO Castle video series.[3][4] It is the only chapter created by Woodley, as each chapter was produced by a different person.

The Dragon Wizard looks out from his castle over his army. The opposing Lion Knights approach, and the White Knight orders a charge. In response, the Dragon Knights also charge, and the two factions collide, leading to a huge battle. The White Knight tells the princess that the king is imprisoned in the castle, and the two of them make their way around the battle to reach the castle walls. The princess points out a grate going underground, and the pair hop down. 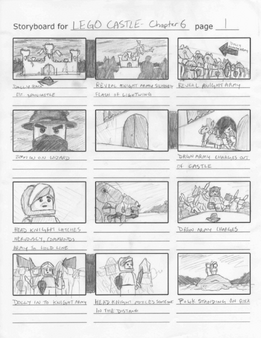 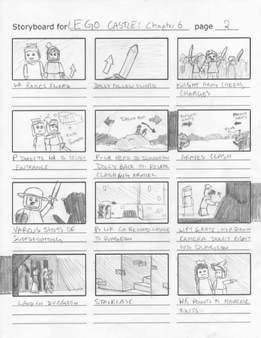 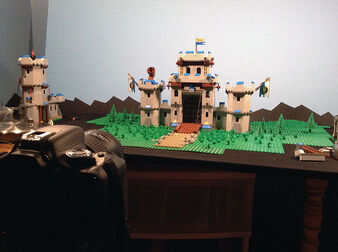 "The final shot. Only one I documented it seems." 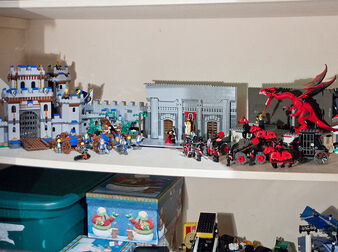 "Various sets from the video."
Add a photo to this gallery

Retrieved from "https://brickfilms.fandom.com/wiki/Unto_the_Breach?oldid=31815"
Community content is available under CC-BY-SA unless otherwise noted.