Train to Catch is a 2008 slapstick action brickfilm by David Boddy.[1] It follows a chase after a thief steals a briefcase at a train station.[2] It is David Boddy's first brickfilm and was an entry to the Nicktoons and LEGO Built By Me Movie Contest. It was later re-edited to be submitted to the Gizmodo and LEGO Go Miniman Go! Video Contest, in which it won first place.[3]

A train pulls into a station and passengers get off, as a man arrives to the station on a motorbike. A thief steps out from behind a pillar and steals a briefcase from an old man before running off. The biker chases him to a construction site, where they climb the building before jumping across to the top of a crane. The thief runs to the end of the crane's arm but slips and the briefcase hits his head, sending him falling to his demise. 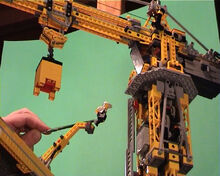 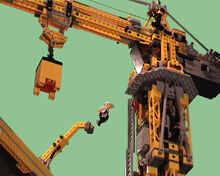 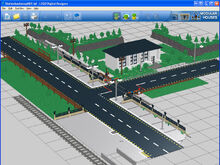 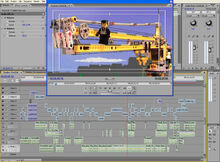 Retrieved from "https://brickfilms.fandom.com/wiki/Train_to_Catch?oldid=36943"
Community content is available under CC-BY-SA unless otherwise noted.