Brickfilms Wiki
Register
Don't have an account?
Sign In
Advertisement
in: 2001 brickfilms, English-language brickfilms, Brickfilms produced for The LEGO Group,
and 6 more

The Big NaNa Bird is a brickfilm produced by Wreckless Abandon Studios for The LEGO Group, directed by Michael Bannon. It is based on the LEGO theme Creator, and it was released on a VHS included with the LEGO set 4177 Building Stories with Nana Bird, which was released in March 2001.[1] It follows the Creator mascots, Tina and Max, as they investigate the gradual disappearance of their bricks.[2] The film was produced in the year 2000, and it features a unique design of the LEGO 4+ Figures better suited to animation, with more articulated necks and hands, and multiple face printings. The figures were presumably custom-made by LEGO for the purpose, as the film was produced directly for LEGO System A/S, Denmark,[3] and has a LEGO designer credited as "Model Maker". 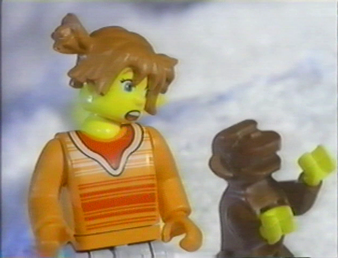 An example of the greater range of neck and hand movement of the 4+ Figures, plus a face print never released in a LEGO set 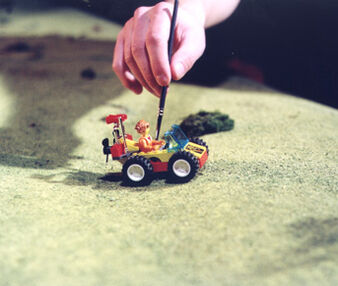 A behind the scenes image from the Wreckless Abandon Studios website