For the community in-joke celebration of The Citizen of the Year, see Septemberfest

The Septemberfest Contest is a brickfilming contest which has been held in 2010 and 2015 to coincide with Septemberfest. It is run by Sean Warton in official association with Bricks in Motion. It has been described as an "annual-when-it-suits-us" contest[1] and has no consistent format apart from coinciding with Septemberfest. Its two iterations have been very different in style and ruleset.

In early August 2010, a vote was held on the next official Bricks in Motion contest. Members had the choice between the Brickfilm Rapidly All Week Long Contest becoming official and running in August, or a themed contest lasting for the month of September. The month-long contest was selected with nearly 80% of the vote.[2] The Septemberfest 2010 contest was the result of this poll.

The Septemberfest 2010 contest was a month-long contest structured similarly to THAC or BRAWL. Other than coinciding with Septemberfest, it had no direct relation to The Citizen of the Year. It was announced as upcoming in late August, with the theme to be announced on September 1st.[3] On that date, the original announcement was edited to include the theme, which was No Dialogue.[4] Some hours after the announcement of the theme, a requirement to include a mod element in entries was introduced. This was a colour mod of yellow and red.[5] A letter mod, Q, was introduced later on request.[6]

The contest received 28 entries,[7] two of which were disqualified,[8] and it was judged by a panel consisting of Sean Warton, Philip Heinrich and Zach Macias.[9] The prizes for the top 3 were gift certificates for the Bricklink seller BrickScope, the contest's sponsor.

Septemberfest: The Citizen of the Year LIVESEdit

Each of the top three winners received a LEGO trophy model and a handful of LEGO parrots. Additionally, 1st place won 31026 Bike Shop & Café, 2nd place 31025 Mountain Hut and 3rd place 31035 Beach Hut. These three prizes reference a joke about the size of one's house in The Citizen of the Year. Entries placing down to 10th (including the top 3) won a LEGO trash can model and a handful of LEGO parrots.

An additional side contest was announced on September 10, the ten-year anniversary of Scott Dombert's first post in The Citizen of the Year release thread. This was an art contest, which called for entrants to produce an artwork of any variety inspired by The Citizen of the Year.[11] The deadline of the art contest was September 30. It received 4 entries[12] and was judged by Sean Warton. The first place prize was a yellow LEGO trash can model and a handful of LEGO parrots. Other entrants received the normal grey version.

The winner of the art contest was Garry Moore.[12] 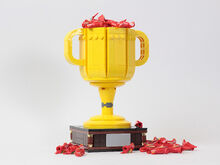 The trophy for 1st place 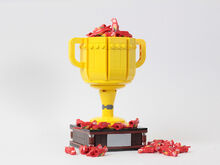 The trophy for 2nd place 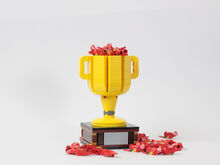 The trophy for 3rd place 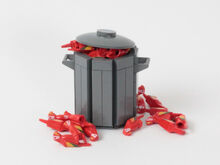 The trophy given to every entrant 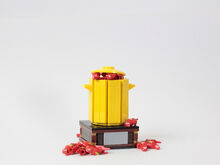 The trophy for the art contest 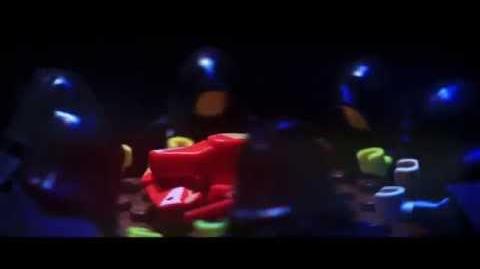 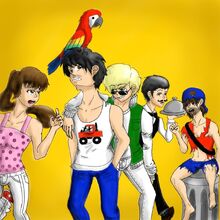 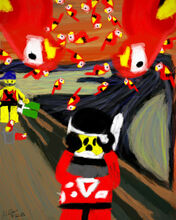 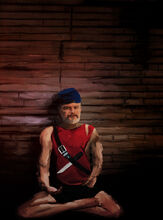 By Ross Pearson
Add a photo to this gallery

Retrieved from "https://brickfilms.fandom.com/wiki/Septemberfest_Contest?oldid=37877"
Community content is available under CC-BY-SA unless otherwise noted.