Little Guys! is a 2007 brickfilm by David Pagano. It is a faux-commercial made in the style of a 1980s toy commercial advertising a fictional toy known as Little Guys[1]. The film is known for featuring large brick-built puppets instead of the typical LEGO minifigure.[2] It premiered at the Spring Animation Showcase at NYU Tisch School of the Arts on May 3, 2007.

It was followed by a crowdfunded sequel, Little Guys... In Space!, released in 2018.

An old man reads a newspaper as two kids play with Little Guys. The old man exclaims: "What was that?" An excited announcer postulates that Little Guys came before both the chicken and the egg. A little boy asks "What are they?" The announcer promotes the Little Guys, stating they can be taken anywhere, from a soft bed to right next to a firecracker. Little Guys can dance, do exercises, and play the piano. Each Little Guy comes with its own playset. The old man asks: "Where do Little Guys come from?" Little Guys are shown being made at Paganomation Laboratories. Murray Carter, president of Paganomation Toys, talks in monotone about how great his toys are. People around the world love Little Guys.

Little Guys! was nominated for five awards in the 2007 BAFAs, and won two. 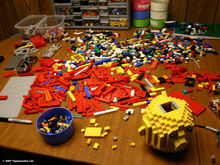 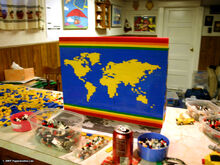 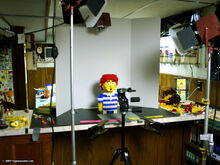 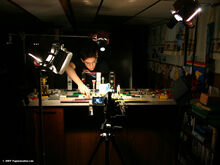 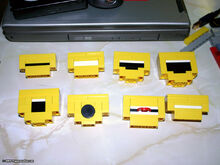 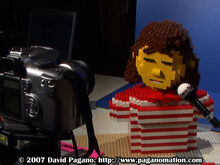