Jane's Brain is 2008 comedy music video brickfilm by Chris Salt. It is about a woman named Jane and all the things she does with her brain. It won first place in the Adam & Joe Video Wars Competition.[1][2][3]

Jane uses her brain to think of things she doesn't have, like houses, cars, elephants, monkeys on bicycles, and cars. She likes cars a lot. If she had a car she would go shopping in her car, smash through billboards and her house, and then eat her shopping.[1]

In additional to winning the Adam & Joe Video Wars Competition, Jane's Brain was nominated for one award in the 2008 BiMAs.[4] 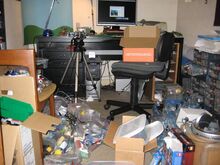 "This is what my studio area looks like when I don't give myself enough time to build everything beforehand." 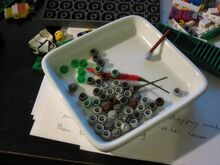 "Some intriguing bits. What's that writing there?" 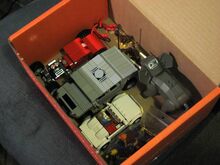 "The box of delights. This is where I put the stuff that's going to be in the film so I don't trip over it." 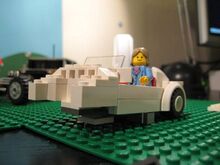 "The car that I took apart and attached to the baseplate. The shot didn't end up being used because it looked rubbish." 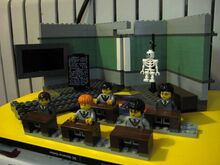 "These school pupils are only shown from behind in the film. It amused me to use all my Harry Potter heads. It's been a long day."