Grand Theft Auto: LEGO City is a 2004 brickfilm by Billy Fitzgerald, Ronn LeFeuvre, and Deon White, who collectively went under the name Brick Flick. The film is a stand-alone trailer parodying the video game Grand Theft Auto: Vice City. It was a college video project created in six weeks.

When shared online in 2004, the film received approximately 2800 downloads in the first 3 days, using up 21 gigabytes of bandwidth and causing the server to shut down.[1] It was shared on websites such as Eurogamer and in print magazines such as Edge, GamesMaster, and Kerrang!.[2] It later gained even more widespread popularity on YouTube via many unauthorized uploads starting in late 2005.[3][4] It was eventually uploaded to YouTube by one of its actual creators in 2011. 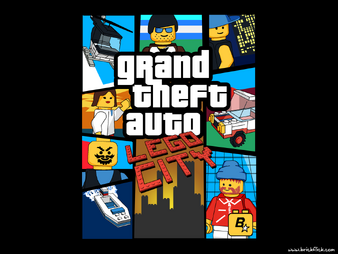 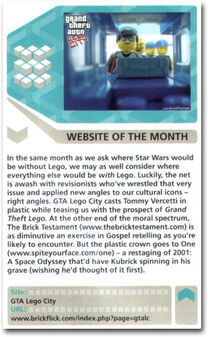 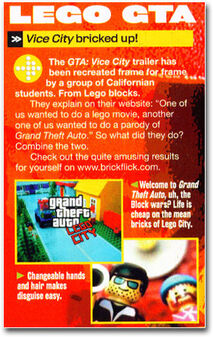 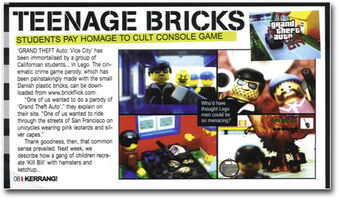