(K)night Times is a 2013 comic fantasy brickfilm by Andreas Bitzan, Alexander Leitner, Michael Bitzan, and Thomas Leitner. It follows a knight, Arthur, who seeks help from a wizard when he learns of a planned raid on his village.[1] It was created for Steinerei 2013 (where it was shown in a shortened cut of 6:30 to satisfy the maximum running time rule), and won two of the three prize categories.[2] 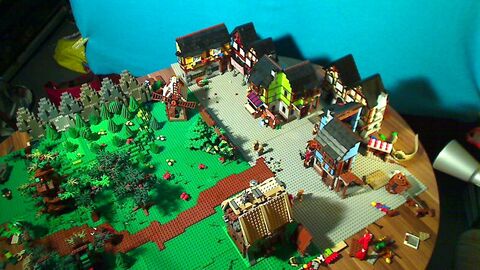 "The main set of (K)night Times"